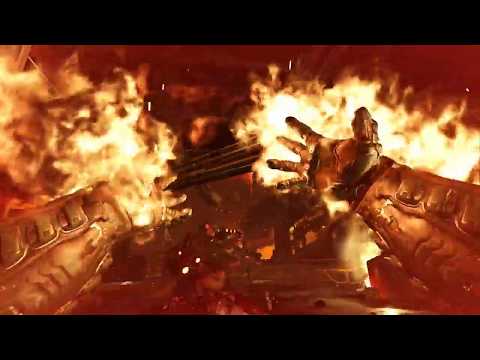 Good morning! I'm not writing that much this weekend because, if things go well, our pool will reach feature-completion at the end of the day. I'll announce to see if anyone is interested in joining during a proof-of-interest and testing phase in a few weeks.

Petamine recently left GHash.io and moved their miners to P2Pool, which is a brilliant PR move. I need to write down that whenever there is a villian, there is a way to make yourself look like the hero. In this case, they are probably raking in more customers in the past 24 hours than they did in the entire month before that.
What's interesting, however, is that what is happening is simply that people are creating pools on P2Pool. This is a stopgap measure, because the P2Pool difficulty rises along with the bitcoin difficulty. In a year, finding a P2Pool share will be as difficult as finding a bitcoin block is today, so we could end up with a pool dominating the P2Pool network.


GHash.io controversy is blowing over

The GHash.io controversy is blowing over. As you can see, GHash.io's hashrate is declining, and people are changing pools. Note that the pool never conducted any attack and that it is disputable that it even reached 50% at all.
People who were panic selling don't recall that this has happened at least twice before that I can recall, with both the BTC Guild and GHash.io. Unless "it's different this time," the same thing is generally going to happen. And there really isn't anything that was different this time, except that a long squeeze coincided with the controversy.


This was a long squeeze

What happened to the price over the past few days was a long squeeze. I'm not convinced there was anything more complicated to it than that. It's easy to place blame for the price fall on any of the events that happened over the past few days, but those events had only a minor impact.
What I think happened is that, on Tuesday or Wednesday, people in the know found out about this impending sale and started getting out. The price started moving downward for an unexplained reason, and so smart people figured out that there was something they didn't know and sold too. When the sale was announced, a few more people sold, and that triggered margin calls, crashing all the way down until most of the people who were 2.5:1 or greater were wiped out. The GHash.io controvery didn't come to a head until after all the people trading on margin had been destroyed already.
If you agree with me, then a long squeeze is certainly not a reason for panic and worry, because it doesn't affect any of the bitcoin fundamentals.


There are people on the other side of the screen

There are several people who were sending me messages and making posts in various places trying to get my attention yesterday. While I welcome criticism, the discussion at /bitcoinmarkets yesterday was deplorable. There are real people on the other side of the screen. I'd like to see some of those people walk up to me or the other people they were railing against and say the sort of things they were saying to someone's face. If they acted the way they did in a restaurant or a public venue, they would have been thrown out.
I will not respond to people who use profanity and personal attacks against me or others. That is not acceptable behavior, and I will not respect people who have no respect for others. I permanently ignored three people who did engage in such attacks yesterday.
I also need to state that you cannot have a civil discussion unless everyone is correctly representing the viewpoints of the people they are discussing. I clearly said that I do not believe in debt, even for houses, which is probably a controversial opinion itself. People who are stating that I suggested buying on margin are lying. Others are lying that I said that this bubble has somehow aborted or ended. Finally, I made it clear that I spent what was at the time about 2% of my wealth on bitcoins, and that I now have about 6% of net worth as bitcoins (it would be about 12% but the stock market has risen so significantly). People are lying that I have huge amounts of money in bitcoins.
Finally, and this confuses me the most, people are spreading a particularly strange lie that I told them to buy bitcoins when they were worth $680. I made clear many times that I put in a lot of money at the low of $440, I repeatedly said that I had a lot of money in the bank ready to invest at the time, and I have not held any bitcoins I bought since then because I have reached my maximum exposure and do not ever plan to hold any more.
Instead of lying, read what I have to say carefully and don't infer things that are not stated in the posts.


This bubble will continue

The next two weeks are going to be interesting. At some point, the price is going to begin to rise in anticipation of this auction. I like the predictions that the higher prices fetched for the auction bitcoins is going to start what moral_agent would refer to as the last phase of this cycle.
This makes sense in terms of psychology. If a particularly high number comes out of the auction process, and I believe it will for the reasons I stated yesterday, then people will be shocked that Wall Street believes that bitcoins are worth so much. The price will probably rise above what Wall St pays for the bitcoins at auction as people realize that if Wall St is willing to pay 25/50/whatever percent greater than market value, then bitcoins must be worth far more.

Hi Digitalcoin enthusiast, and welcome to the second edition of this bi-weekly news digest!
Some of you doubted that two weeks was long enough for anything of significance to happen in the Digitalcoin world. I hope that this news digest will prove you wrong ;)
In this issue, we're talking about important movements on the exchange front: some have fallen, many are rising. Fortunately, amidst all these changes, the overall availability of Digitalcoin is increasing. A constant and important factor in the downfall of exchanges seems to be security. Are your coins safe? Have you ever considered using a paper wallet?
Other important news that we'll be covering: a new version of the core Digitalcoin software, a major website overhaul, and the introduction of a stable Android wallet.
Happy Friday everyone!
Yours truly,
ThinkThrough (and spell check master FullMetalGurren)


What has happened in the past two weeks?

On the Reddit front
News of the world
New services

Big events in the next few weeks:


Most generous tippers (past 2 weeks)

Did I miss something?

Stack Exchange network consists of 176 Q&A communities including Stack Overflow, the largest, most trusted online community for developers to learn, share their knowledge, and build their careers.. Visit Stack Exchange how to join bitcoin pool - How to join Bitcoin mining pool? There are two types of mining pools: free and private. If the mining pool is free the join process is very simple. First, you should register an account. Configure your mining software to point your hardware hash point power. Enter your Bitcoin wallet address that will receive the payout. Share with others. There’s 88 days left until the Bitcoin Cash upgrade scheduled for November 15, 2020, and the community has been watching miners closely. On August 18, the Bitcoin ABC team published a blog post that revealed a “feature freeze is now in place,” as it contains a new coinbase rule. Moreover, during the last few days, a few groups of bitcoin cash miners have been signaling ... Bitcoin is the world’s leading cryptocurrency and remains one of the favorites among crypto miners despite the increasing difficulty of mining it profitably. In this article, you will learn everything you need to know to mine bitcoin, including whether it is still worth it for small, at-home miners to participate in securing the Bitcoin network. An Intro to Blockchains. Bitcoin is supported ... Is it too much of a pain in the ass to get set up? If everyone used P2P pool would it solve alot of the fears of centralization?

Kyle Samani, managing partner at Multicoin Capital, dissects Black Thursday, March 12, the day the crypto markets plunged twice amid the wider sell-off in the markets due to the coronavirus. He ... You're not taking it anymore. It was hurtful but you found the strength to get back up. Good for you! - The Angels always have your back. They're your friends, your soldiers. They act in Light and ... New videos DAILY: https://bigth.ink Join Big Think Edge for exclusive video lessons from top thinkers and doers: https://bigth.ink/Edge ----- As a partner in BitNation and the founder of ... Share More. Report. Need to report the video? Sign in to report inappropriate content. ... IN PRAISE OF WALKING - DUBLIN BOOK FESTIVAL - Duration: 1:06:32. Science Gallery Dublin 121 views. 1:06 ... Watch to learn about our best-in-class process and approach for high quality data integration and accuracy. See how our MedInsight Data Confidence Model has ...